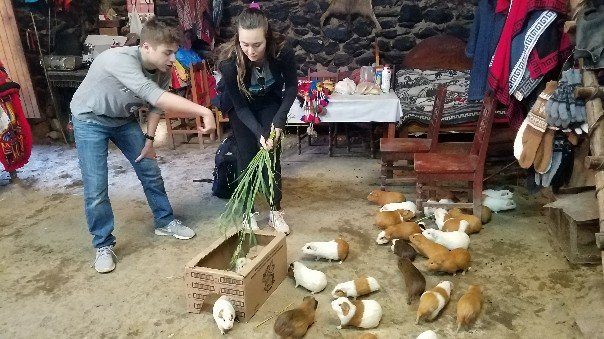 After a morning of hiking to Pinkuylluna, we began the Chaski Challenge. The Chaski were the messengers in the Incan empire. They were highly fit and agile. Through a relay system they carried messages and gifts throughout the empire – they say the Sapa Inca (“emperor”) could get fresh fish from the ocean near Lima to the capital in Cuzco in under 24 hours. Google Maps says that driving that same distance today would take over 20 hours!

To honor that history of the Chaski, practice team-building skills, and get comfortable navigating by themselves around this small town, we did a scavenger hunt in Ollantaytambo.

The stations were set up throughout the town of Ollantaytambo. Each team started in the primary school soccer field and then began their Chaski Challenge – Bao and Keki, Bailey and Ethan, and Miro and Vicky.

They started their adventure at different stations completing all their tasks within the two-hour time limit. As you can see from the photos and videos, the challenge provided an opportunity for the teams to problem solve, collaborate with their teammate, and enjoy the various sights of Ollantaytambo. Our very competitive students were additionally motivated by the lure of ice cream for the winners.

There were some notable performances from Bao and Keki’s record of 43 cuys to the 20 minute dance of Ethan and Bailey and to Miro and Vicky’s dominance of Matachola, good fun and laughs were had by all. The winning team is still under judicial review.

Note: these pictures are very low-res in order to allow them to be uploaded over spotty internet – we’ll share the full resolution images after the program. 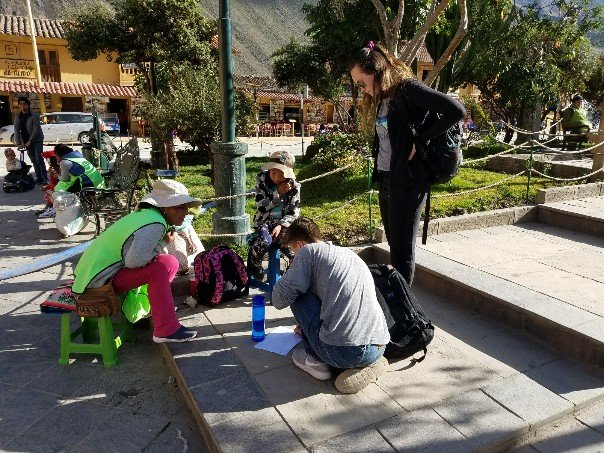