Yesterday was the first day of winter in the Southern hemisphere. It’s strange to think I’ll likely witness consecutive winter solstices with no summer in between.

In many traditional cultures, astronomical events have religious significance, mainly as they can predict when is the right time to plant, harvest, etc.

The Incans were no exception, as many of their most important sites had astronomical observatory significance as well as other functions such as military or royal retreats.

Today Adela, the homestay host for Ms. Torres and I, took us teachers in the early early morning to partake in a community ceremony welcoming the sunrise of the winter solstice.

As we walked to the special field outside of town, we witnessed the high snow-covered peaks turn orange as they caught first light. A small crowd started to gather. Elder, the healer that had led our Pachamama ceremony, had spent the chilly night in the field in preparation.

As sunrise neared, anticipation built and the crowd swelled to over 40 people. There were locals and visitors in a mix of both traditional dress and Patagonia (the outdoor gear company, not the South American region) attire, babies, adults, and senior citizens of all stripes (though almost no school age kids). Visitors hailed from elsewhere in Peru, the UK, Colombia, the USA and more. It was a United Nations sunrise.

This field was the first part of town to feel the sun’s rays, and even though I was anticipating it, when the sun rose between the mountains and slammed me in the face I was shocked.

Elder and another more experienced healer Vidal led the crowd in prayer, both in Quechua and Spanish. Speaking neither of those fluently, I only caught the gist, but thanks were offered to the 4 cardinal directions, the Earth, and the sky. At the conclusion, everyone hugged their neighbors twice (Incan tradition is to count by twos, and I hug you and then you hug me) while repeating Feliz Año Nuevo (Happy New Year!).

It was a very memorable way to start the day. 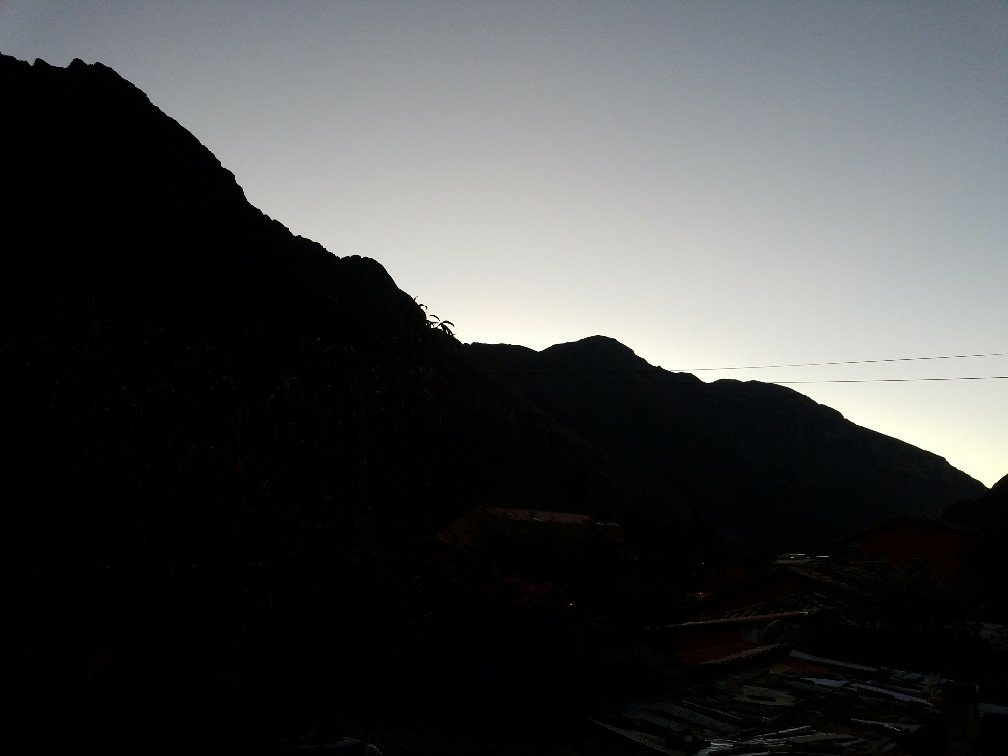 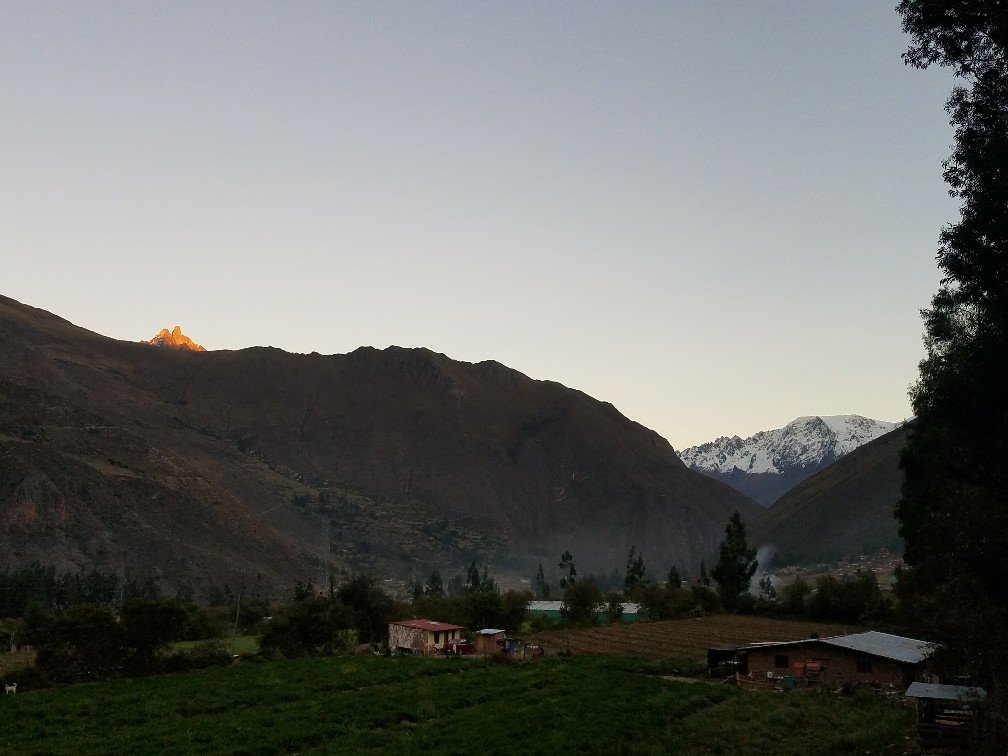 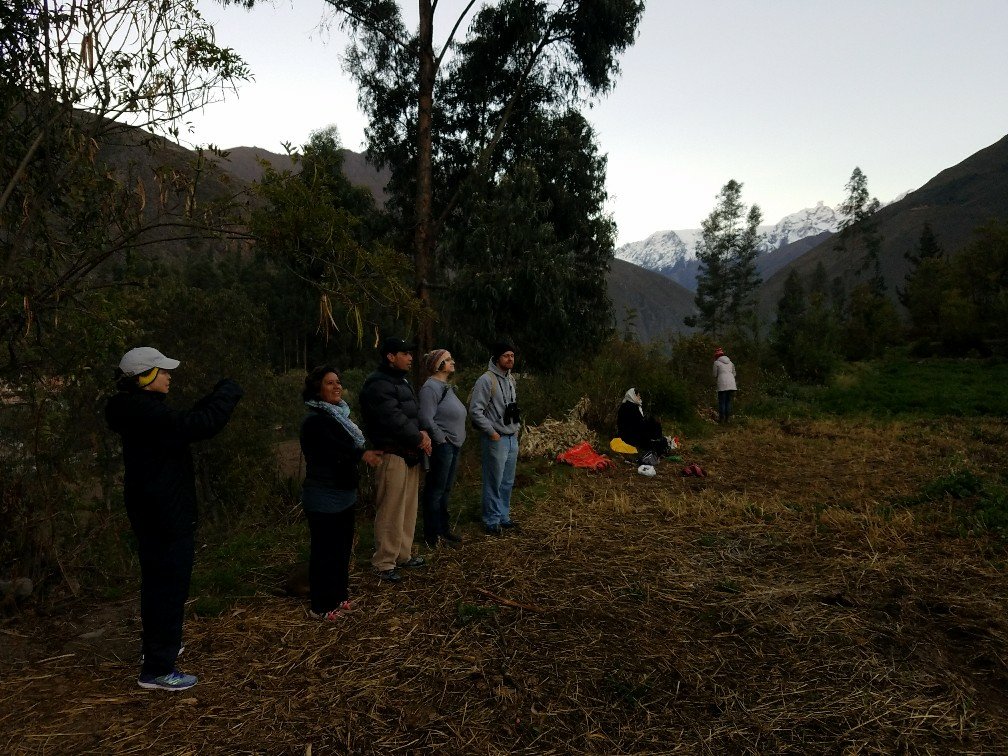 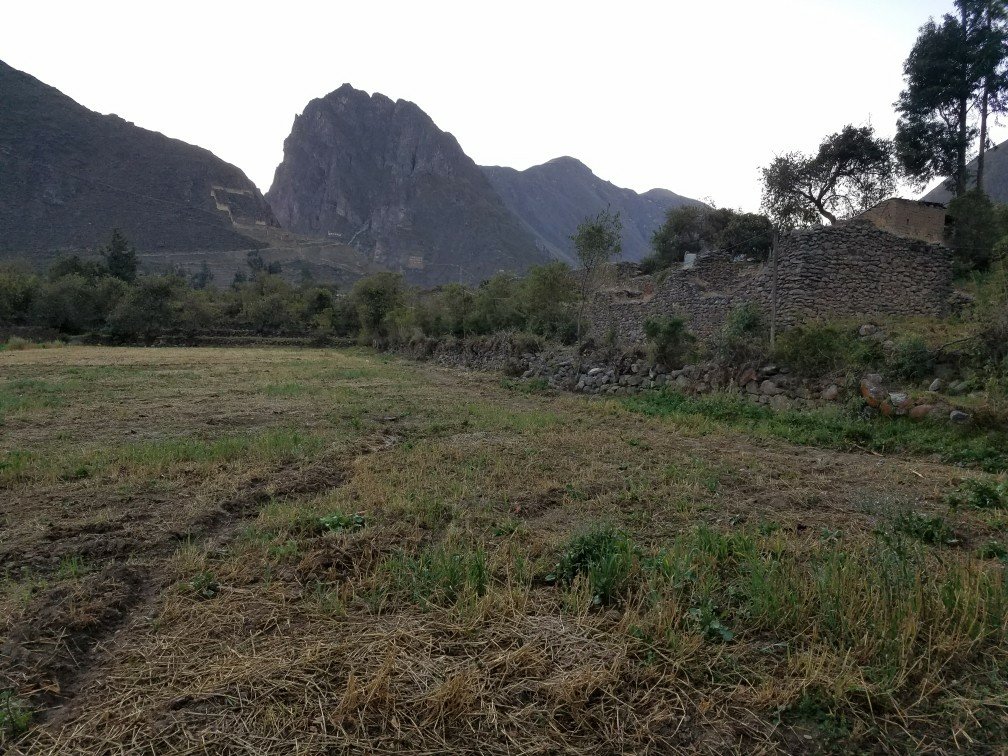 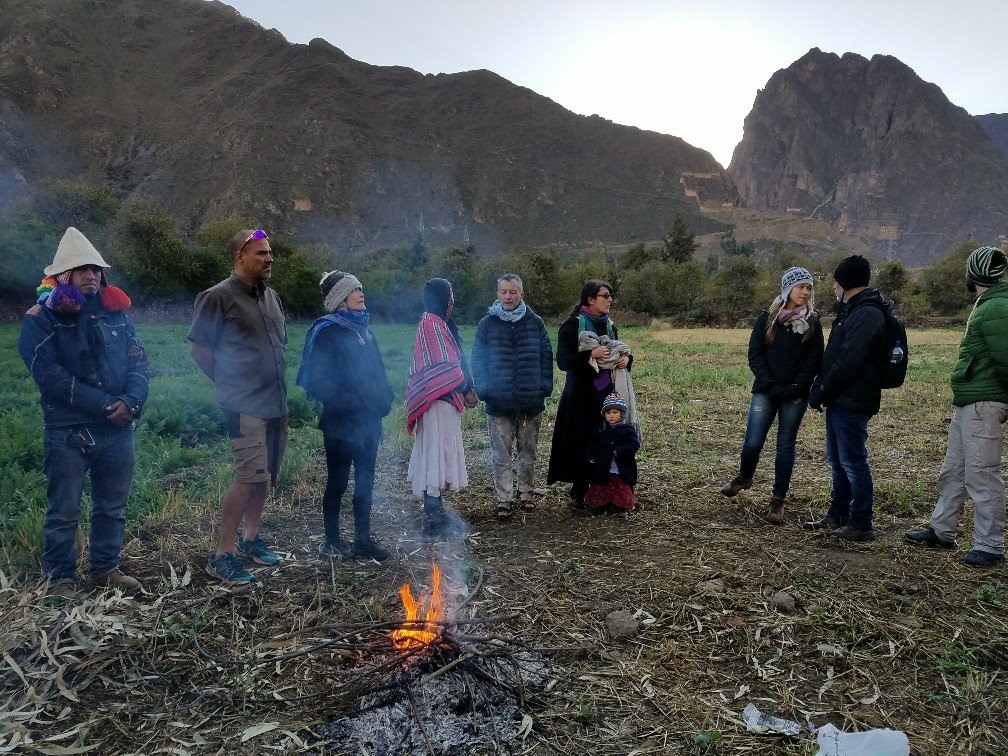 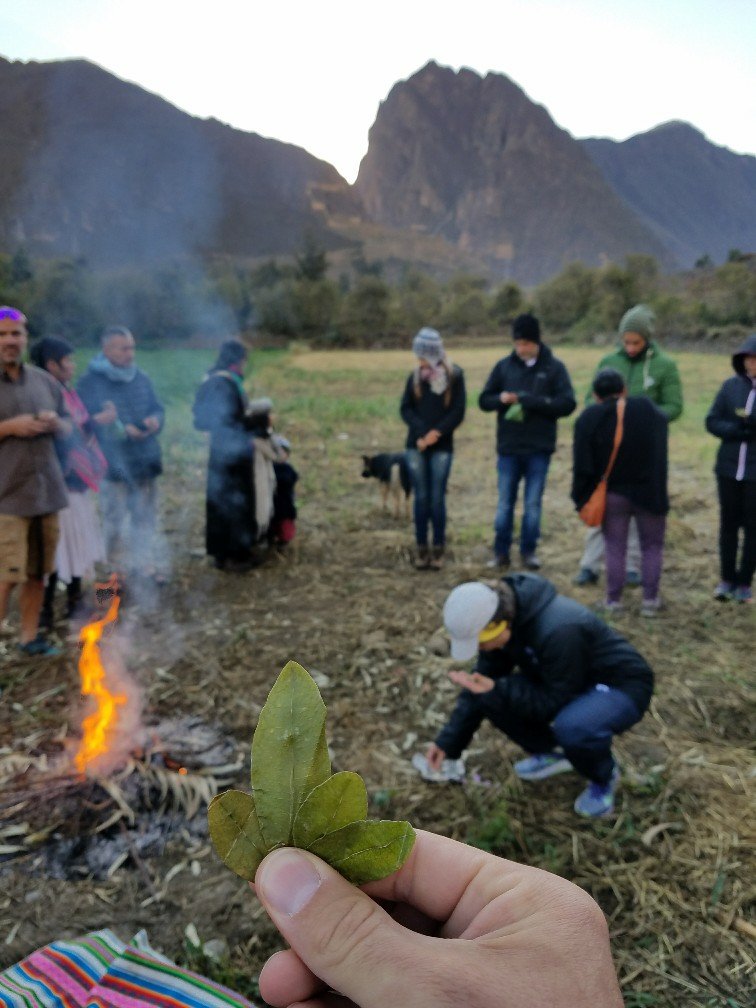 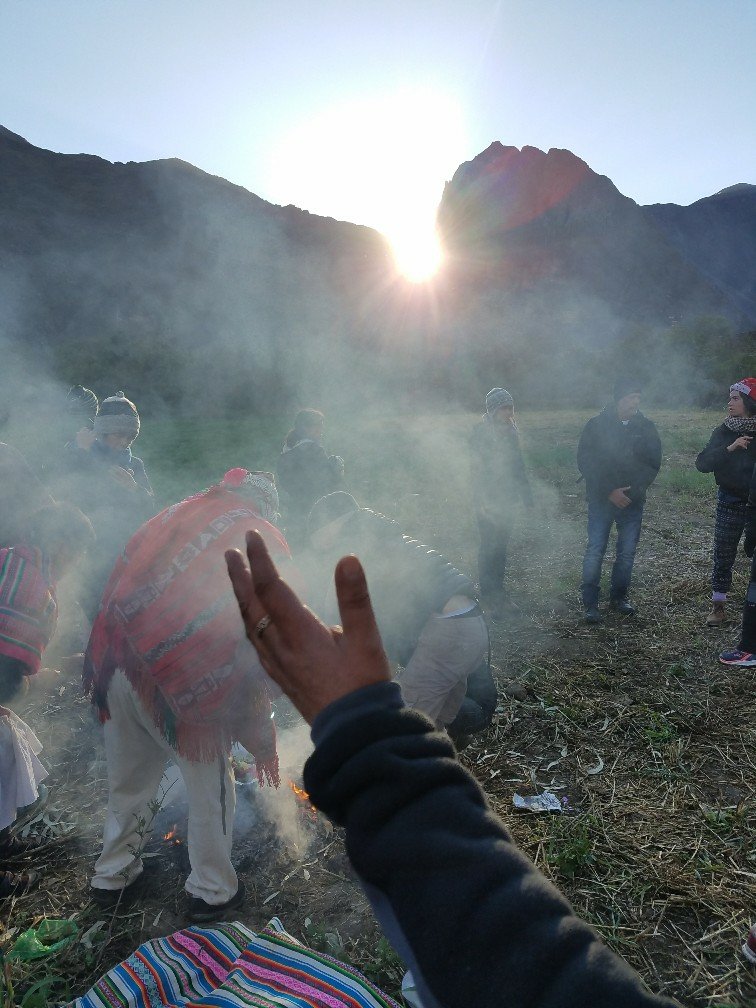 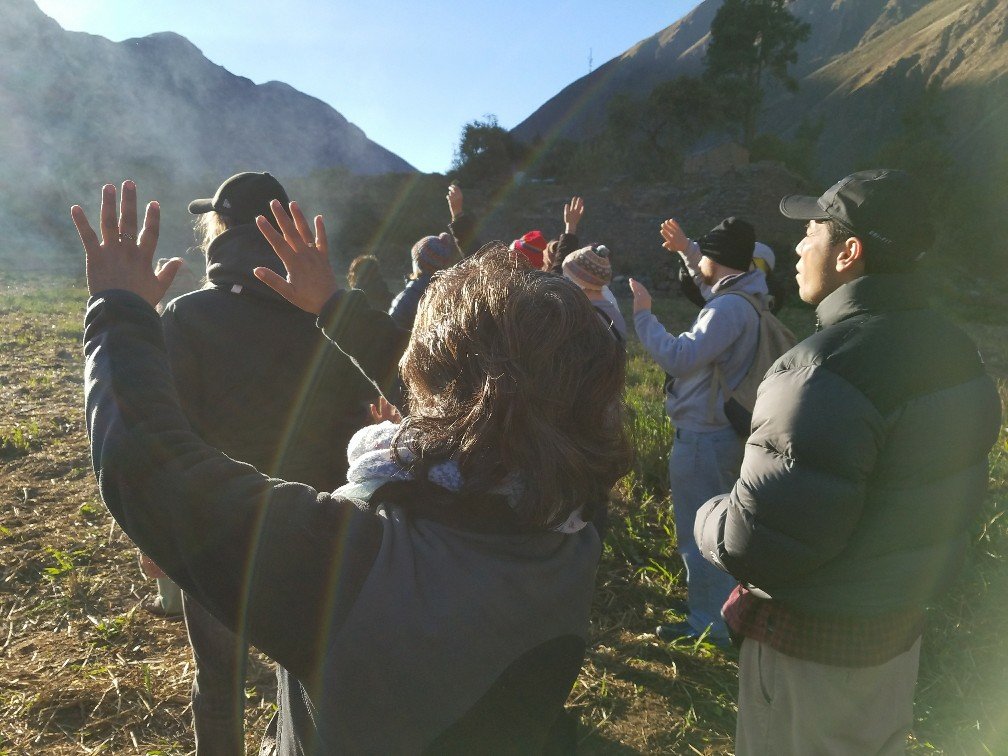 One thought on “Welcome winter!”