Saturday we traveled about 2.5 hours from Ollantaytambo to Uratari. It was scenic but also largely on bumpy dirt roads, causing a few students to get mildly carsick. Luckily, the ride was worth it: we were greeted about 1/4 mile outside of town with several town leaders dressed in various costumes, including men in women’s clothes, a man in a scary mask, and a man in a homemade wolf mask. (We never really figured out why they were wearing these costumes.)

There was a man playing a homemade flute (made out of PVC pipe) and another with a homemade snare drum (even the sticks were hand-carved).

They played a song we later learned to be “Carnival de Uratari” over and over while they danced us into town.

They had built an archway of pine boughs and flowers that we processed through and on the far side of the arch, what appeared to be the entire community was lined up to greet us.

Never in before in my life have I been part of a parade thrown (partly) in my honor. Old women showered us with flower petals, laid flower wreaths around our necks. and grabbed us to dance. The older woman who grabbed me to dance was very strong from work in the fields, and she threw me around easily even though I had no idea of the correct dance moves. During the van ride we had practiced a few phrases of Quechua such as “kuni kusi” (pleased to meet you), which we repeated over and over.

It was such an overwhelming experience. My heart was full. 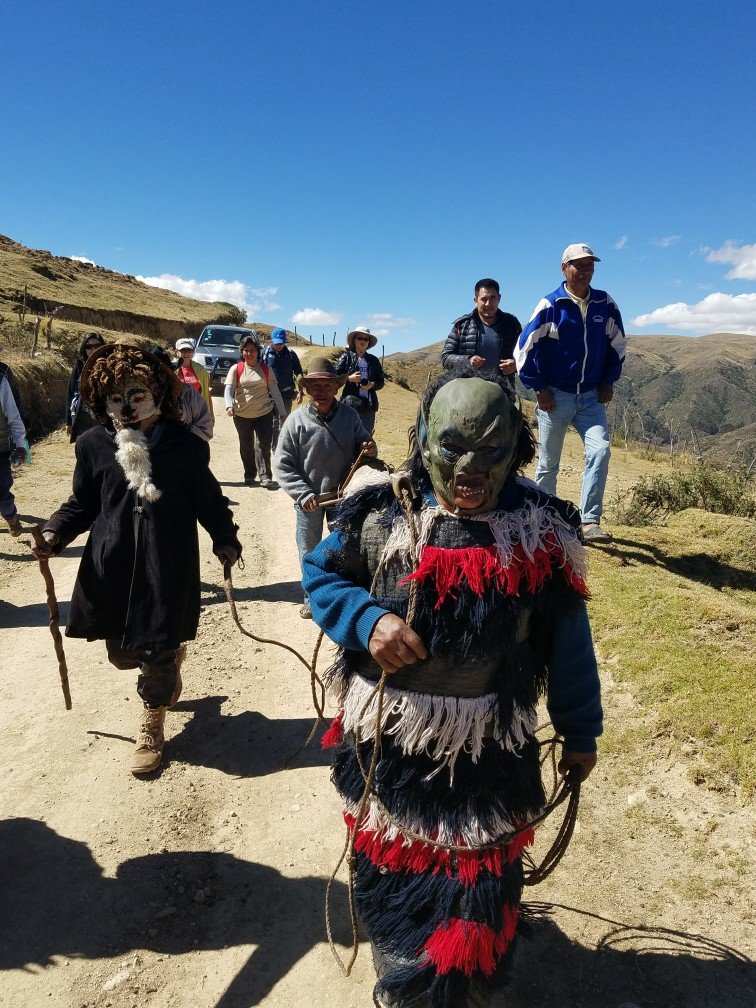 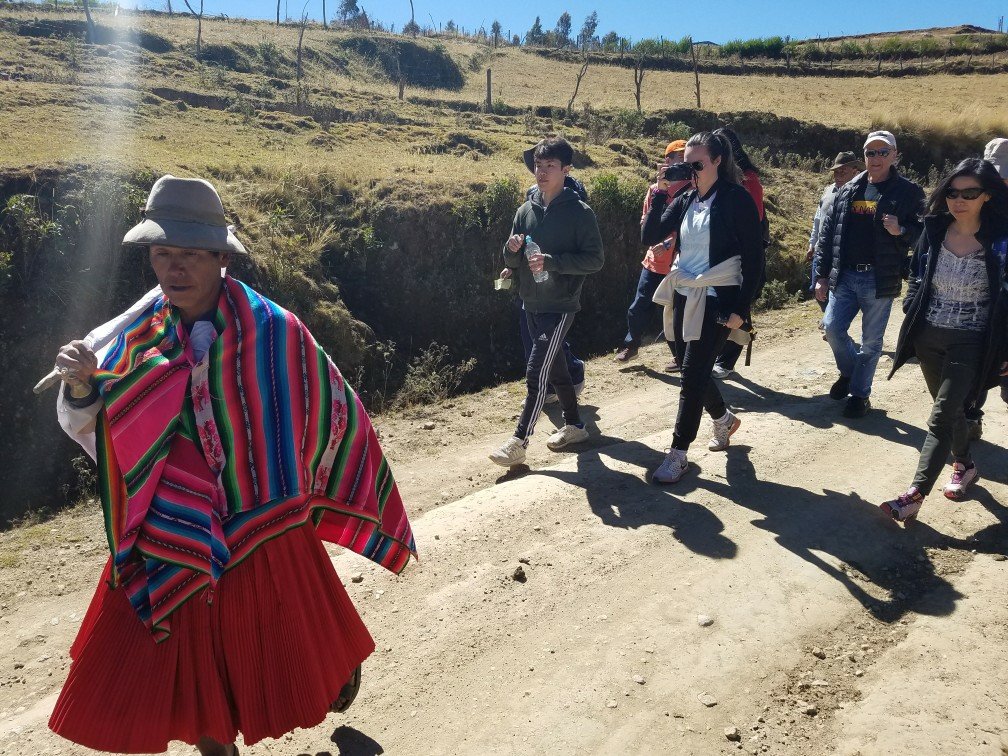 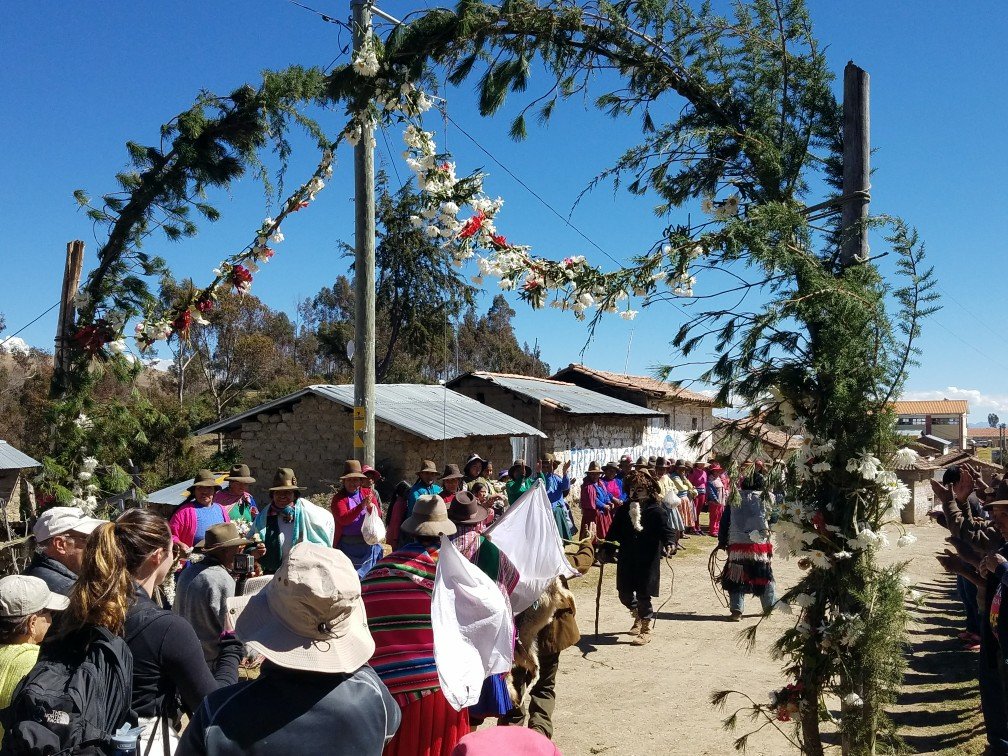 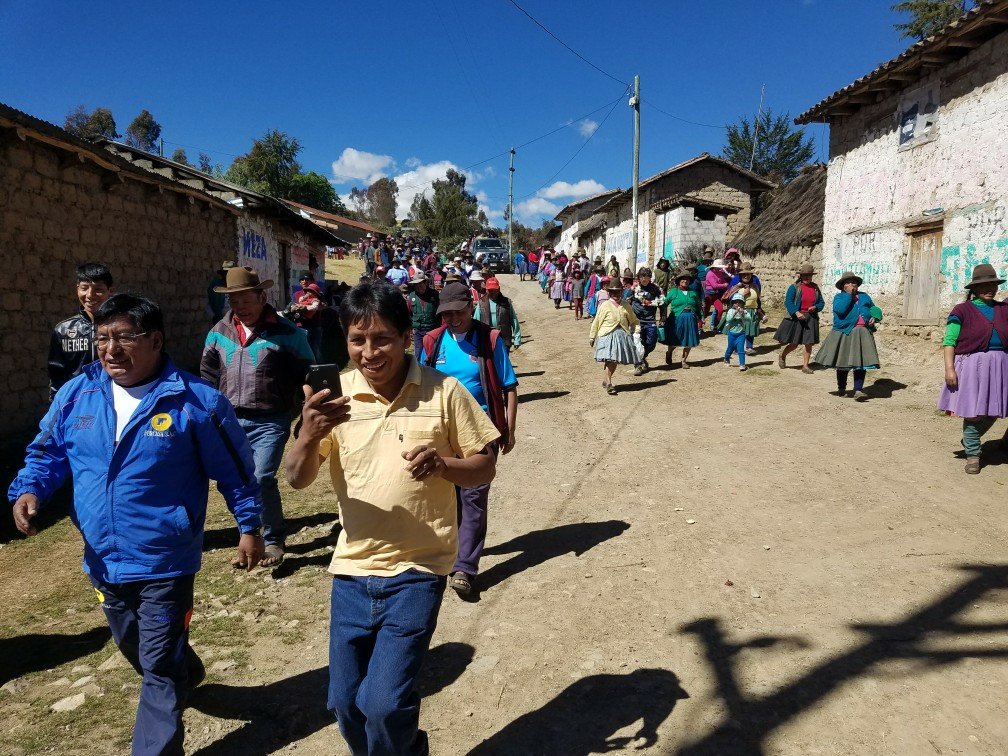 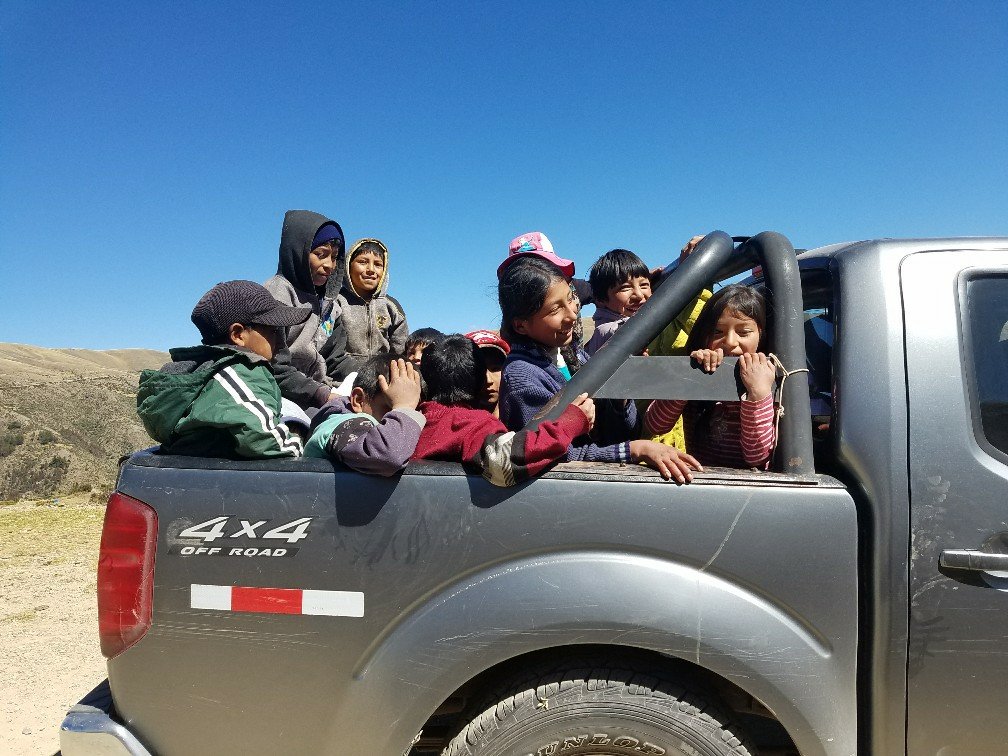 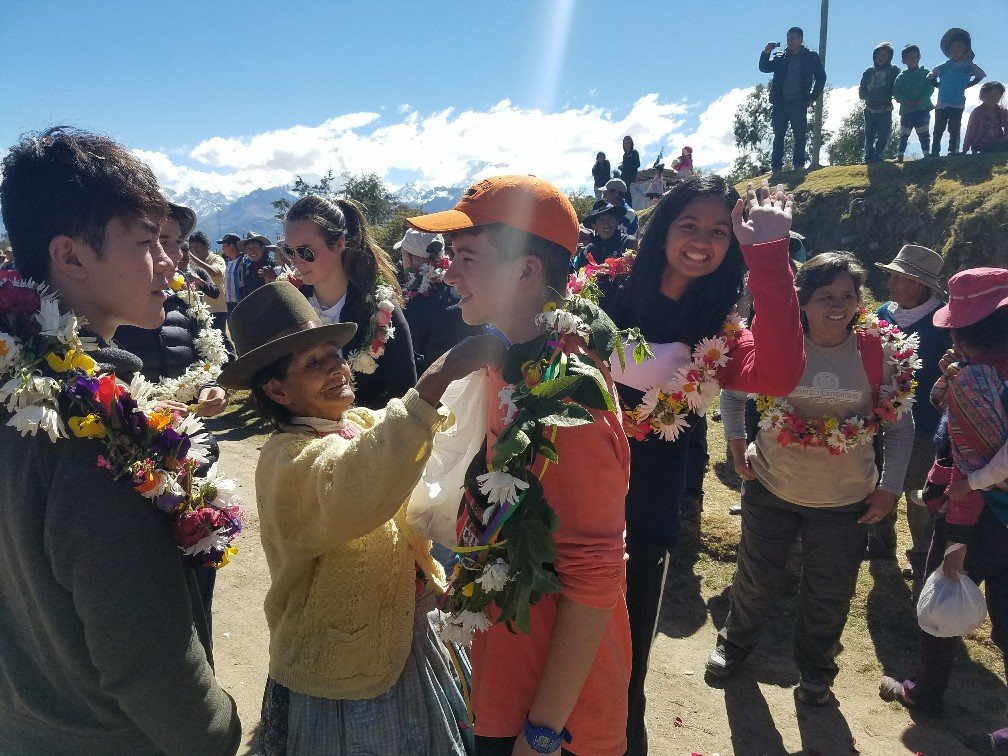 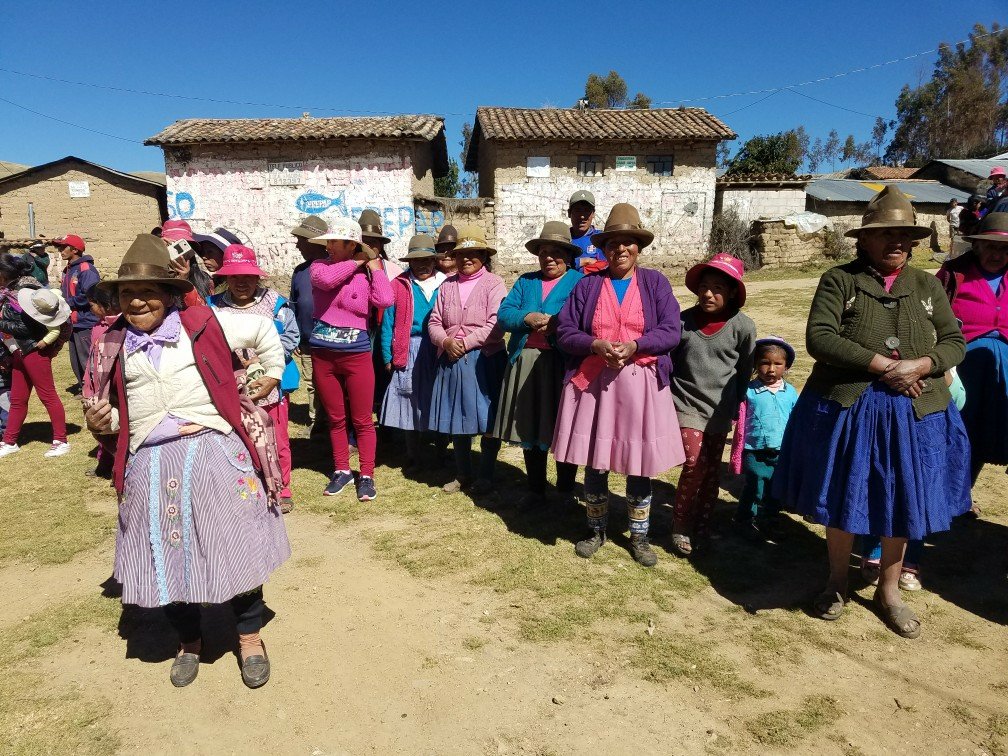 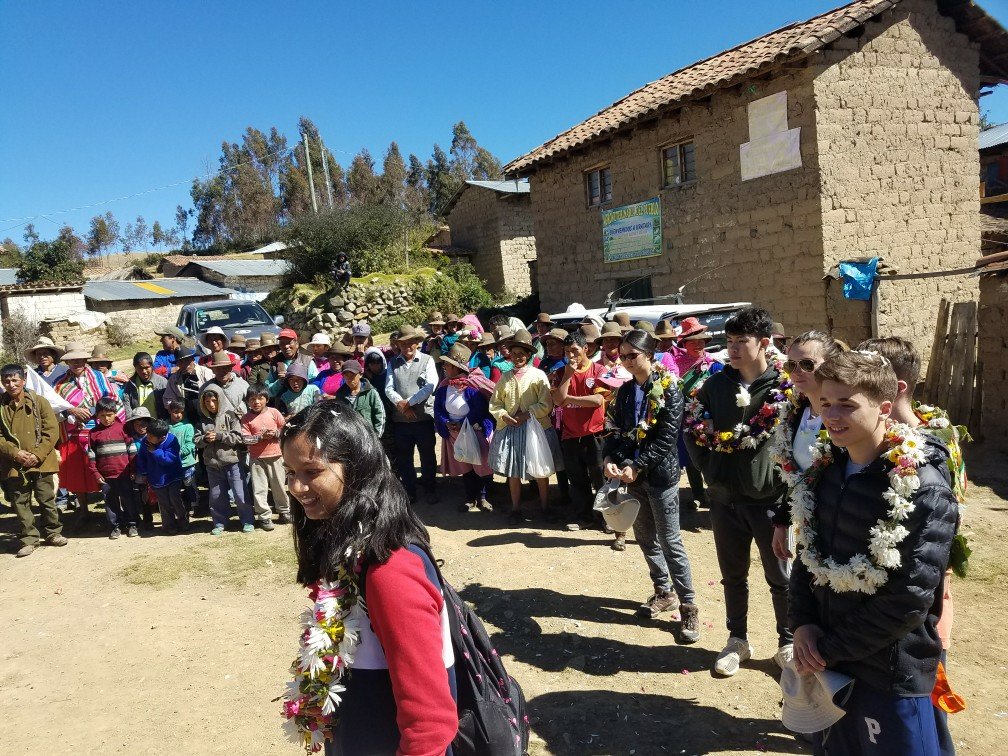 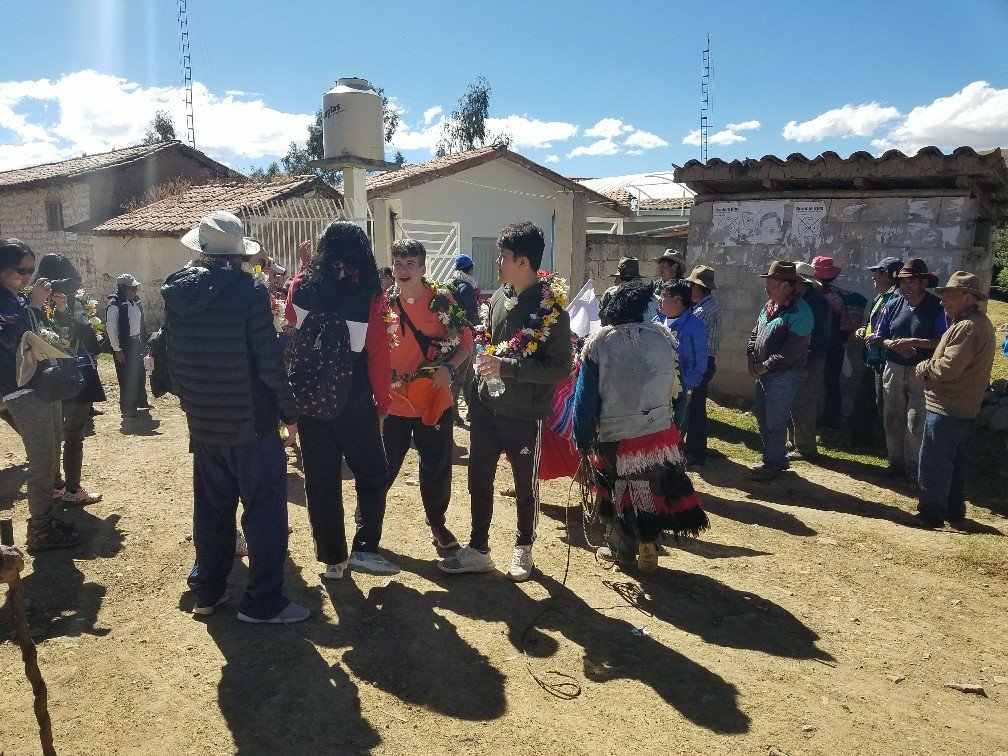 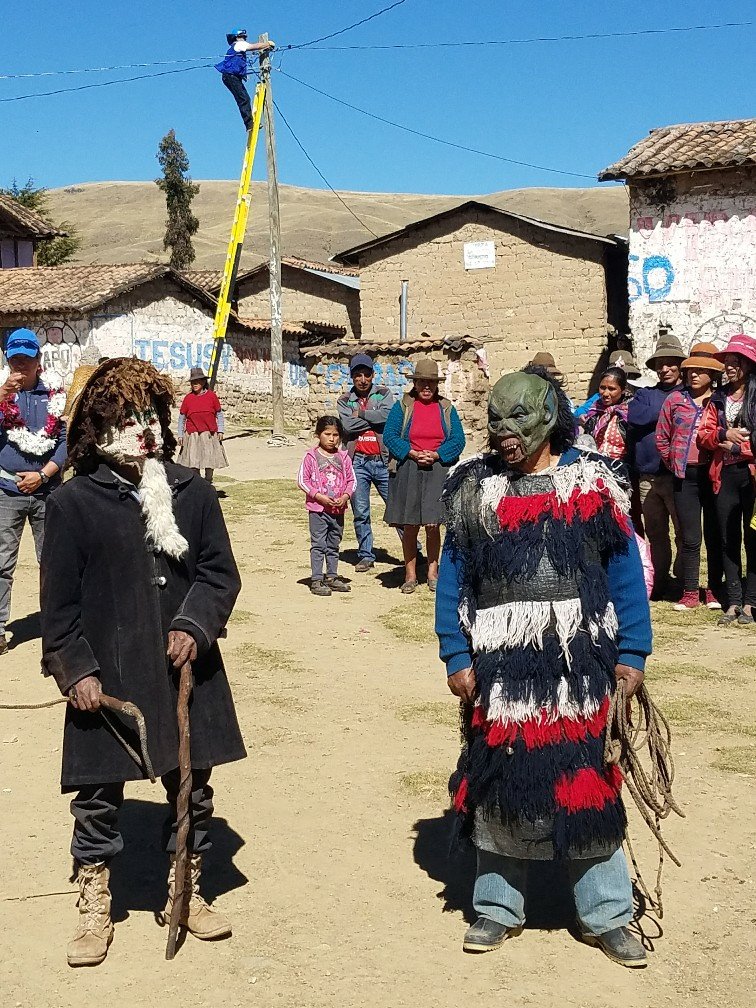 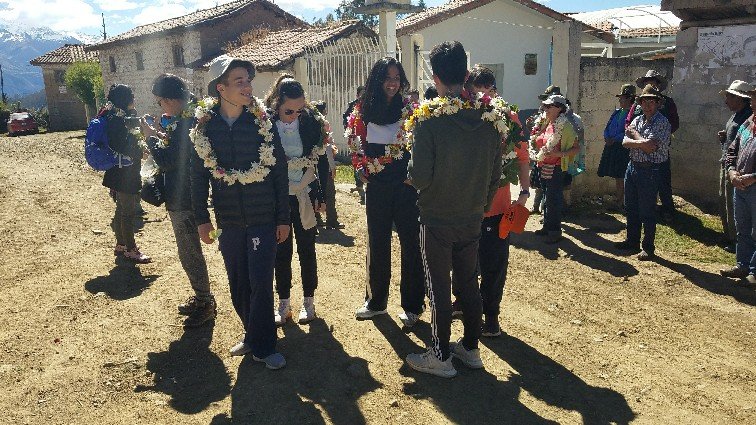 6 thoughts on “A Parade in our Honor: Welcome to Uratari!”